The Dangers of Fentanyl and Addiction 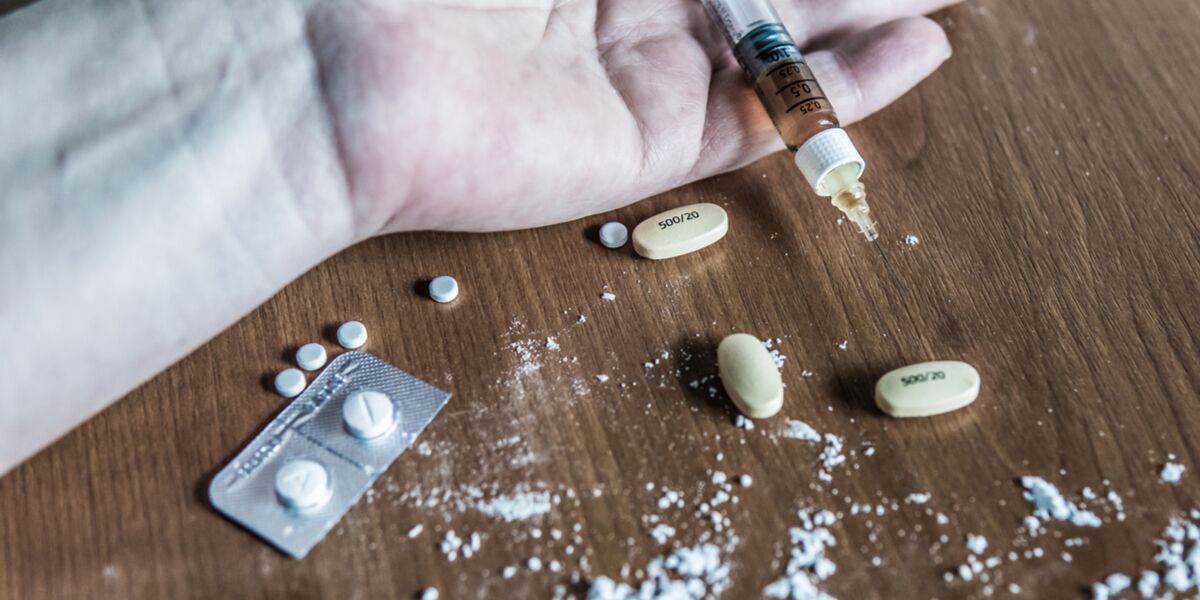 Fentanyl is a synthetic opioid. Producers make it in a lab and chemically modify it to be stronger than other opioids such as heroin or morphine. Doctors prescribe it to patients in severe pain, most commonly after serious surgeries.

Although fentanyl is present in a number of legal prescriptions, it’s now increasingly associated with overdose deaths in recent years because of its potency and addictive properties.

According to the Institute for National Drug Abuse, 59% of opioid-related deaths in 2017 involved fentanyl. Moreover, its prevalence has continued to increase since 2010. Illegal forms of fentanyl—such as variations of tablets, sprays, and powders—are highly dangerous and yet are still on the rise.

What Are the Dangers of Fentanyl?

One of the reasons fentanyl is so unsafe and unpredictable is that it’s 50-100 times stronger than the standard dose of morphine that doctors prescribe for pain. Different forms are sold on illegal markets because of the drug’s potent effects, which are similar to those of heroin.

According to the journal of Drug and Alcohol Dependence, some of the most dangerous situations arise when people buy pills on the street and don’t know that they contain fentanyl. The drug’s potency can lead to serious harm and even death.

Like other opioids, fentanyl targets the receptors in the brain responsible for regulating emotions and sensations, and causes the following responses:

These effects, combined with its highly addictive properties, make it clear why fentanyl is the most common substance in opioid-related deaths today.

While the high risks of using fentanyl are well-known, the drug remains in high demand. Many users seek it out, especially those struggling with addiction.

Fentanyl is administered and prescribed by doctors during cancer treatments and as a reliever for severe pain after surgeries, but the drug is still abused quite often. The most common brand names include as Actiq, Sublimaze, and Duragesic, and do not usually look dangerous or threatening. Since they look like common medications—pills, patches, and lozenges—fentanyl-based prescriptions have a high risks for accidental misuse.

What Are the Symptoms of Fentanyl Abuse or Addiction?

No matter what form of fentanyl you may encounter, it’s a powerful substance that can be abused if used without caution. Addiction can occur in a short period of use, which may lead a person to seek out more accessible options. Many seek out the drug on the illegal market that go beyond what their doctor prescribed.

Many illegal variations of fentanyl are extra dangerous because they’re often laced with other substances. These combinations increase the health risks of such substances, especially if there are multiple opioids and depressants. Some initial negative health effects of fentanyl-based drugs might include:

The intense euphoria that accompanies fentanyl and other opioids results in a drastic “come-down” after use. This drop in mood makes fentanyl use especially addictive. And when paired with an increase of pain which was previously being numbed, it can be even more drastic. A person may seek out more of the drug to get the same type of high, as well as to avoid the come down and withdrawal symptoms.

This type of addiction also has a negative impact on a person’s overall quality of life and well-being. Seeking out fentanyl becomes the focus of the user’s day, goals, finances, and relationships. In many cases, someone struggling with fentanyl is unable to maintain life responsibilities and find that their life is in a state of deterioration. But abuse and addiction are not the end of the line—treatment is always possible.

The majority of people addicted to fentanyl began using it because their doctor prescribed it for pain. And although addiction can happen quickly, it’s still possible to break the dependency and addiction. This is most likely to happen in a supportive environment even if the person still has physical pain.

When a person joins a treatment program or recovery center, the team will work closely with the individual to develop a personalized treatment plan to address their individual needs and struggles. One of the aspects needed to recover from fentanyl addiction is a process of detoxification, or detox.

Those who have an addiction to fentanyl will require a professionally-monitored detox regimen. Withdrawal from fentanyl and other opioids can be a tough and sometimes life-threatening process, which is why doctors in detox programs should be available. They will monitor a person’s health and administer medication to manage pain, discomfort, and emotional mood swings during detox.

Studies recommend individuals to receive in-patient treatment or time spent in a residential recovery center in addition to detox. This is key if the person’s in a high-risk environment for exposure and relapse. A recovery center or program will offer treatments for withdrawal symptoms, as well as group and individual therapy meetings.

Living in Recovery After Fentanyl

Therapy is important in order to work through the causes of the addiction and addictive behaviors. At the same time, a person needs to learn coping mechanism strategies that help to avoid relapse. Many centers offer treatments that help manage pain without the use of opioids, especially for those whose addiction to fentanyl is linked to chronic pain or health difficulties.

Non-opioid pain relievers are one way to transition, and can help with any chronic pain without supporting addictive habits. Treatment centers also recommend other practices to deal with chronic pain such as:

Since fentanyl is a dangerous substance in wide-use and circulation, it’s essential to understand the risks, symptoms, and options for treatment. If you or someone you love is struggling with fentanyl or any other addiction, reach out to Pinnacle Recovery today to start your healing journey today.